There was a lack of demand for English Medium schools in the Vasai area in the early 1970’s.
Monsignor Andrew Dias of the Papdy parish decided to respond to this need.

His school, started in 1966, was located in Papdy. As the number of pupils began to increase, the need for more spacious accommodation was felt.

At about this time the Irish Christian Brothers, till then confined to schools in the North of India, planned to open schools in the midst of the Catholic population in West India. Hence, a Parish school in Dadar was taken over by the Brothers and suitable property was being examined with a view to building a school to serve the large Catholic population of Vasai — then known as Bassein. Br. Peter Gomez, along with some local social workers, finally chose a large area of about 9 acres at a place known as Stella. The land was purchased by the Brothers from several owners at the then existing rates and later, under the watchful eye of Br. R.C. Whiting, a fine structure was erected. Boys from the existing English medium section in Papdy, moved into the new school along with some of the staff already teaching there.

The present St Augustine’s started functioning on 20th September 1973. At the time there were just 17 members on the staff and about 700 pupils on the rolls.

St. Augustine’s grew and developed rapidly owing to the growing popularity of an English medium education. By 2001 it could boast of having the largest Catholic population among Christian Brother Schools in India. It also had the second largest number of pupils on its rolls among CB schools in India.

St. Augustine’s became known internationally in February 1986 when it was chosen for the venue for the visit of Pope John Paul II to Bassein. He celebrated Mass on the school field for the thousands of people of Bassein and its surrounding villages.

To date, the school has nurtured many vocations to the priesthood and Christian Brothers – not to mention Doctors, Architects, Artists, Professors and many other professionals who serve society as they follow the motto of their alma mater “Service before Self ” 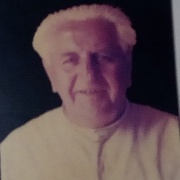