Keane House were ahead of Murphy points till the middle of February this year and it looked like they were going to become the winning house this year.However in a late surge Murphy House overtook them and won the Winning House Trophy by a very convincing margin of 220 points.Ashely,Robin and Chinmay were presented the glittering trophy by Sir Barry. 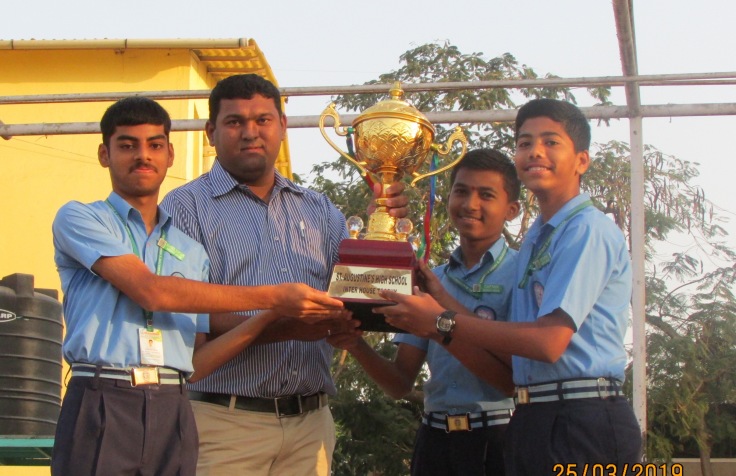 The winning houses in each class were as follows.

The Winning House Parties were held on the 26th of March.

Congratulations to all the winners.The only thing that remains to be done in the academic year is some serious study for the final exams – which begin on the 29th of March.