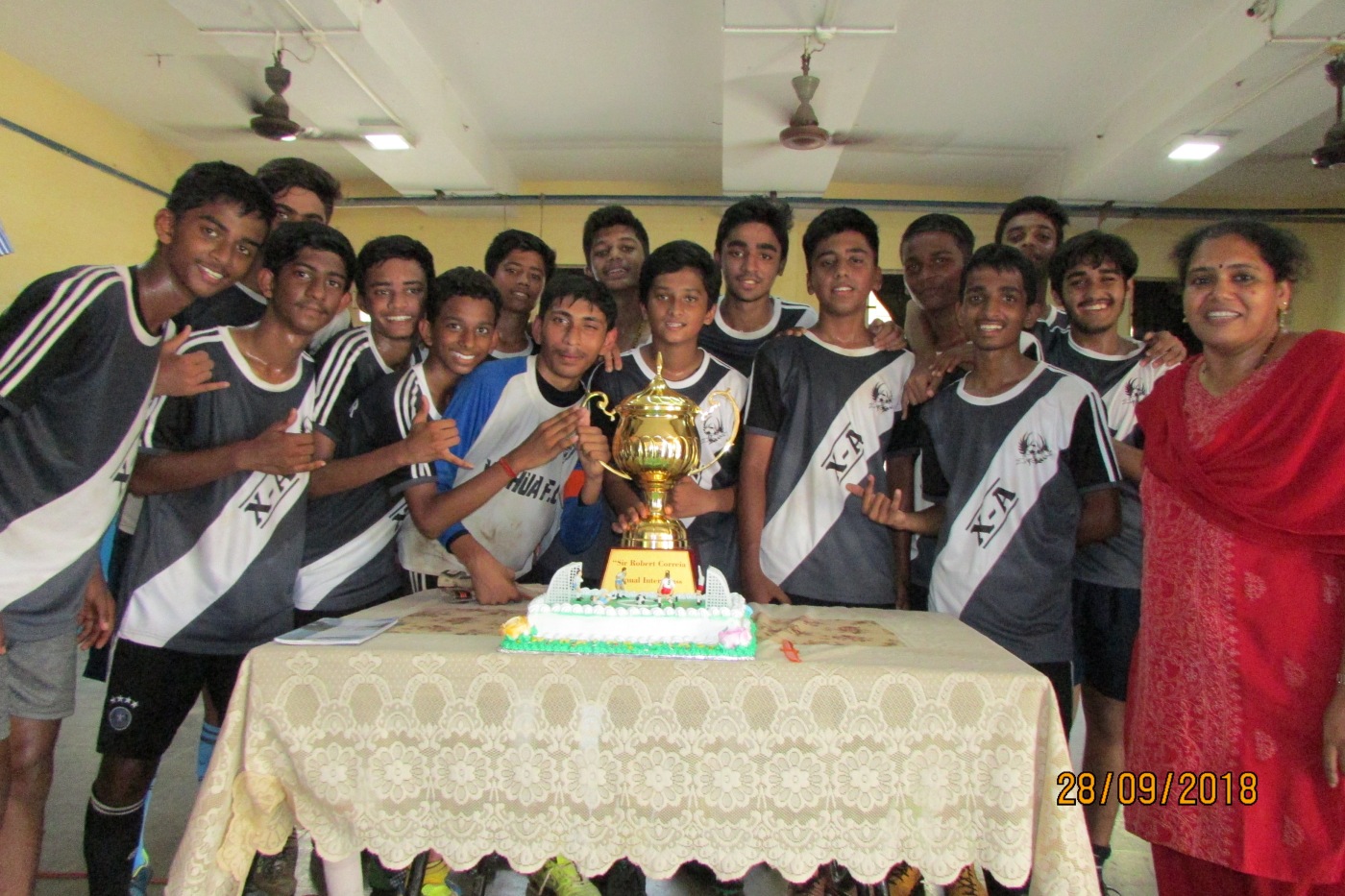 10A were able to take their unbeaten streak in the tournament upto the very end. They were able to hold off a spirited challenge from 10C in a game that went down to the wire.
After battling out a goalless first half under the blazing heat of a september sun both teams were pretty exhausted.
The teams huddled together grimly at half time each wondering how they would be able to break down the defence of the other in the second half.
In the end it was 10A that broke the deadlock about five minutes from the end when the tired defence of 10C finally made a mistake that allowed Darshan to slip past them and score.
However the audience,cheered on by an enthusiastic amateur commentator,were in a for a dramatic surprise.

10 C mounted a determined counterattack in the remaining few minutes of the game and Swarup Patil (playing only his second game of the tournament) scored that equaliser that they were desperately searching for.
There was rejoicing and pandemonium from the 10C supporters and stunned silent disbelief in the opposing camp.
And thus the game went to penalties.

And then under the pitiless heat of the midday sun,10A broke 10C hearts by beating them 3- 2 in the shootout.
They were worthy winners and thanks to both teams for giving all present a most excellent and wonderful football final.
The prize distribution followed.