St Mary’s School,a beautiful boarding school nestled among the hills of Mount Abu,Rajasthan,has been conducting an annual inter school Under 13 football tournament since the year 2004.The tournament is held in the memory of Br

Raphael Foran,an Irish Christian Brother,who served in that school for many years.

And after that game,everyone in the team,as you can see,were super happy.
However the third game was against the defending champs,St Columba’s and they were a tough team to beat.We did our best and after a valiant fight we eventually lost that match 1- 0.
St Patrick’s Asansol and St Joseph’s Nainital entered the finals of the tournament.
St Joseph’s Nainital,led by their captain Suvardhan Pant, emerged eventual winners,beating St Patrick’s 3-0 to claim the trophy.

The St Augustine’s  team were given the “Fair Play ” award and Arya Pawar from our school got the “Best Defender” of the Tournament Award. 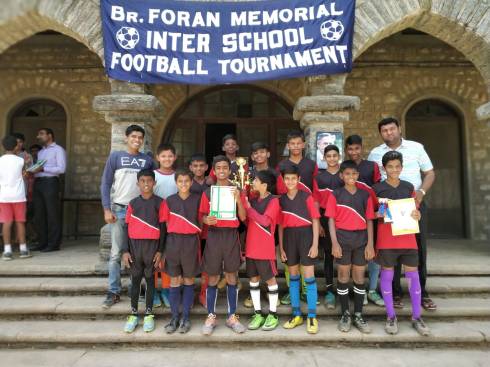 In between all the games our team also got a chance to relax in the school swimming pool. 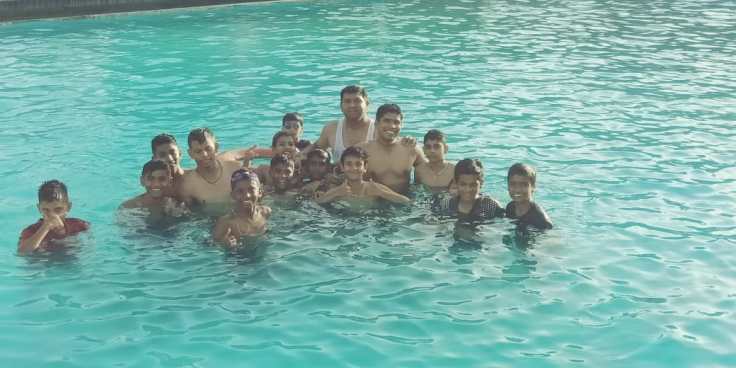 Congrats to them and maybe next year we will do better.They will leave Mount Abu tomorrow evening and be back home on tuesday morning.Thanks to Sir Murugan for preparing the team for the tournament.Thanks to the management of St Mary’s School for inviting us and looking after our team very well during their stay there.